Women Of The Lens were pleased to collaborate with southeast London’s growing Brockley Max festival. The annual summer event grows each year to feature a plethora of family activities in the first week of June. The festival places the London ward of Brockley firmly on the map of cultural and creative activities.

In City Scape Dramas, we screened short films of a local nature, by directors hailing from southeast London. One such film was A Portrait Of Mr Pink,

directed by Helena Appio. This documentary short tells the story of Brenton Samuel Pink (who died 2017) who was part of the Windrush Generation. He comes to light in this film because of the way in which he made a home from home in Lewisham (borough) when he arrived from Jamaica. The house that he created became a local landmark for many years – still currently standing, continues to generate myriad questions about its origins. Helena cleverly builds the story around the man and the house, both of which are equal and inextricably linked characters in the film and she answers many of the questions that arise as one passes the house.

Prior to our screening the director delivered a forward to our event which explained her reasons for making the film and the indelible effect it left on her. The following are her own words.

“…Firstly, thank you for coming to watch the film. It’s wonderful that so many people have such fond memories of Mr Pink. I can honestly say that of all the films I have made over the last 27 years this is the one that is my favourite and that moves me the most.

The film was commissioned by The Arts Council almost 20 years ago, for a series of films about local artists. At the time I lived at the end of Tressillian Rd

(London, SE4) and Mr Pink’s house was of course a familiar sight. Wanting to apply for the Arts Council fund, it occurred to me that perhaps an artist lived there. So I knocked on his door one afternoon and Mr Pink opened the door a fraction. He listened politely when I explained the project and asked me to return the next week. I did so with a friend and this time he opened the door a fraction wider. Eventually, I managed to win his trust and on perhaps the fourth visit after standing on the doorstep to chat, I was finally invited in to the house, but only to his sitting room and we talked about his life.

The next week when I returned, he let me see his bedroom, “the Excellency Room” and then after that I was allowed to see the rest of the house. He lived on

the bottom two floors. There was no mention of his family other than that he had eight children. I once saw someone go through the garden to the back of the house. I enquired about them and he vaguely answered that some of his family lived upstairs, but that he couldn’t understand why they had decided to paint all the walls in their part of the house white!

As it was a 15 minute film I decided to concentrate on him and his life and not his family. I sensed he was not entirely comfortable talking about his family. I assumed, rightly or wrongly that there had possibly been some sort of split in the family, with perhaps some of the family choosing to live apart in their rather more Spartan home?!

The film was shot on 16 mm and the sequences in the garden were shot on tape, we then transferred it all to 35mm. In the edit at the beginning of the film I decided to put on an extra sound track of tropical sounds, birds etc so as to create the feel of the Caribbean. I made a choice to construct the film as a sort of ‘day in the life’, following him to the local DIY store to buy paint.

The decision to reflect the biblical references found in his home and his strong faith was an important one. He was surrounded by biblical references; the painting of the ‘Last Supper’ for instance; he clearly drew great strength from his faith. His language was rich and descriptive, almost biblical. Phrases like “…I have a majestic life, I praise it…” really added to the richness and texture of the film.  For the sound track we used only his recordings of the hymns that he sang himself.

Meeting Mr Pink and filming him had a profound effect on me. He was entirely self-sufficient and confident in himself. When asked about the house, he replied “…some may like it, some may not but I like it…” 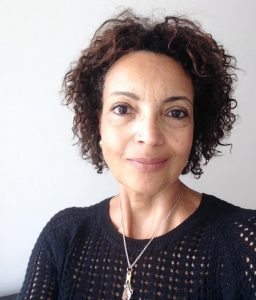 others felt or thought about him, that was an important lesson. I have spent much of my life worrying about what people think about me and Mr Pink taught me a valuable life lesson.

The other lesson for which I am grateful, was his ability to be happy with his life. He did not seem to be, like many of us, concerned with status anxiety and acquiring wealth. He had lived a relatively humble life as a refuse collector, but seemed entirely content. When asked about his life, he stated that “his portion of life “ was very “wonderful” to him. I felt ashamed about the fact that I had lived a life again, like most of us being unable to appreciate entirely what I had, always wanting more; a newer car, an extension to the house, another holiday abroad. The time I spent with Mr Pink brought some peace and contentment into my life. Each time I watch the film I am reminded to appreciate what I have rather than to covet what I do not have. Mr Pink enriched my life and I hope that by watching this film he may enrich yours…” Film Director Helena Appio

‘Hopscotch’ Film Director Recounts Her Own Experience of Harassment