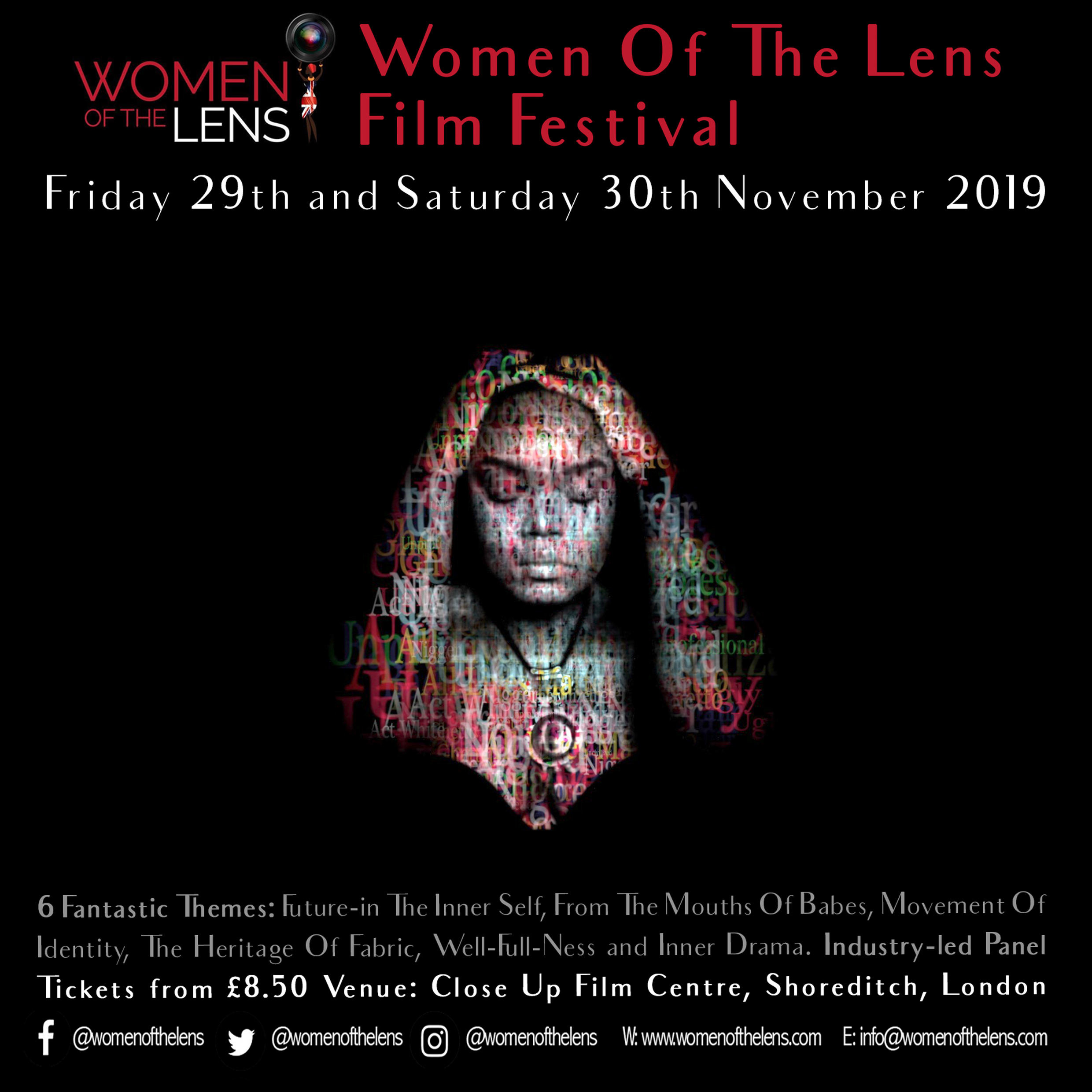 The 18 films are curated into six themes; Future-In The Inner Self, From The Mouths Of Babes, Movement Of Identity, The Heritage Of Fabric, Well-Full-Ness and Inner Drama.

As well as film screenings, the Festival launches with another high-impact discussion called;

Blackout In The British Frame: black women’s media imagery comes under scrutiny. The high-profile panel consists of Shonay Shote, founder/director of the photographic exhibition A Black Actress. The exhibition is a showcasing of the powerful beauty and infectious charm of some of Britain’s most promising actresses of Caribbean and African heritage; Lekia Lee, the founder of Project Embrace, the platform created to raise a high-profile visibility campaign for natural afro hair – especially in the workplace. Myvanwy Evans, the founder of Louder Than Words, a non-profit creative agency specialising in cultural marketing, public relations and youth engagement. Finally the panel incluldes Candace Skelton, an International Relations graduate-turned-barber. Her undergraduate research project explored Black British women and self-identity construction.

About Women Of The Lens Film Festival

Women Of The Lens is a live festival of film, broadcast and digital programming. It was created to celebrate and highlight the achievements of Black British women in the UK creative film industries. Founded by Jenifer G. Robinson, Women Of The Lens will be specifically British in its sources with an inclusion of productions from international regions.

It was created because the representation of black women in the UK film industries remains stubbornly low. It was created to highlight the complexity, diversity and multiplicities of black women, which is ordinarily overlooked in the conventional media-sphere. Whilst our stories are by and for black women, we sincerely welcome allied people who will support the ethos and spirit of Women Of The Lens through their own work.

“The imagery of black UK women is paradoxically potent. It is paradoxical because even though there isn't the breadth of imagery in media, black women are conspicuous by their absence, they are still potent. When they do appear they are never fleshed out to demonstrate the variety of us. Now, it’s the same for other women in terms of the variety of their characterisation, but for black women that variety, that opportunity to reveal one’s self is doubly limited. I want our  launch event to delve deep into to the reasons why this is and to try to find resolutions about improving our visibility. People have said they wanted different images to look at on screen. Some of that difference is here at Women Of The Lens. All people need to do is show that they’re more than just about talking difference.”

The brainchild behind Women Of The Lens is Jennifer G. Robinson. She has over 25 years of experience working in the creative industries. Jennifer has worked with other industry professionals to produce one of the longest running London-based UK black film festivals – the Black Filmmaker International Film Festival. To say that Jennifer is passionate about the industry is clichéd, but it is the best word to use that describes her innate commitment and loyalty to create and deliver a Festival of integrity and to grow and fulfill its ethos as described.

All media accreditation and enquires to info@womenofthelens.com