There are some Themes in our Festival which demands further investigation. Our Panel Discussions are a way of trying to get to grips with many of the issues Themes presented. Join us as we share safe spaces to 'thrash out' as it were, contemporary societal challenges presented in film. We'll be updating this page with the names of our guest panellists but you can also follow us on Twitter, Facebook and Instagram: @WomenOfTheLens for updates.

Tribute To A Classic - Who Do You Think You Are?! Chapter One 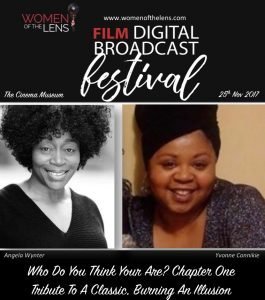 We'll be screening Burning An Illusion, the film by acclaimed director Menelik Shabazz as part of the Who Do You Think You Are? Chapter One Theme. In a Tribute To A Classic and prior to the film's screening we will have an introduction to the film with a special guest, Angela Wynter who'll be joined by Yvonne Connikie in conversation. Read our blog where The British Blacklist's journalist Debbie Doyley reviews and gives context to this important film.

What Is Broadcast Today?

If one works in the industry, it's often difficult to imagine a time without the Internet. As technology progresses and advertising revenues fluctuate between traditional and alternative platforms of broadcast, the blurring of what we'd understood to be broadcast has changed. Some of the latest developments include the BBC moving its Channel 3 to digital online only. In this Theme and panel discussion, we attempt to understand what is arguably a contemporary redefinition of broadcast. On our panel is Danielle Scott-Haughton of Balloon Entertainment, Juliana Ayeni-Stevens of Purple Night Colour Productions, Carol Russell of Fresh Voices UK and our host is Akua Gyamfi, Founder/Director of The British Blacklist.

Can She Get Her Sexy Back?!    Enjoy Our Launch Gallery 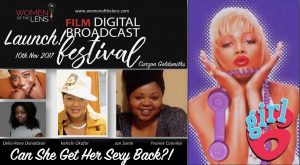 The sexuality of black and brown women have been up for grabs historically. There's power in sexuality, power for those who own it and power for those who control it. Girl 6 will be a platform for our panel discussion (Friday 10th November, Goldsmiths Curzon) focussing on the attempts of black women who've dared to take back what is rightfully theirs. We're joined by Jan Sante, Kelechi Okafor, Delia-Rene Donaldson and our chair Yvonne Connikie.

We had a successful Launch. Do have a look at our gallery of images of the evening.

Sugar And Spice And All Things Black Girl

Mental health is a subject which is still a taboo subject in society and one which is rarely discussed without fear and uncertainty. This attitude towards Mental health often keeps people isolated, harbouring feelings that they are alone. This Theme is accompanied by a panel discussion which attempts to unpack our issues around our mental wellbeing using representations in film. 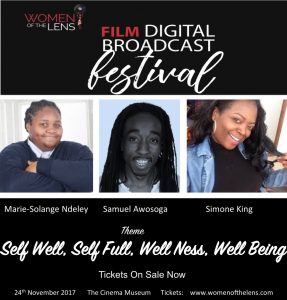