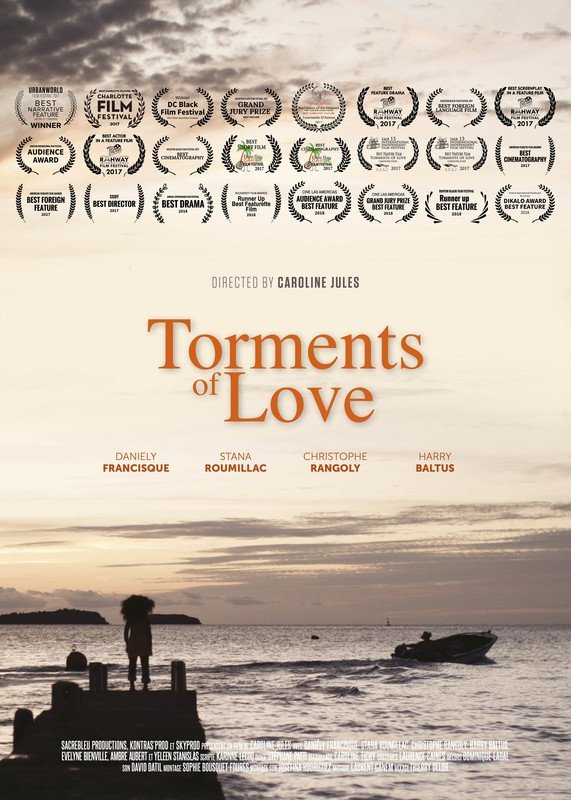 A film from Guadeloupe based on hidden love and untold feelings between two sisters in their thirties and their father.

After Caroline Jules graduated as an assistant director in 1997 in Paris, she worked on several short movies while developing her own projects. In 2003, she won the Best Script Prize at Creteil Women Film Festival (France) for her short film "PARIS-DAKAR', which she directed a couple of years later. The film has been awarded in several french and international festivals. In 2006, "TORMENTS OF LOVE" a family chronicle about father-daughter relationships, received two prizes for the Best Script - Overseas Department.

"...Beyond the tormented relations between the characters, the title is also a reference to a culinary speciality of the Island of "Les Saintes" where the film has been shot. According to the oral tradition, saints sailors' wives invented "torments of love" (little marmelades-filles cakes) after they spent a tough day at sea. When she arrived on the island, Vanessa brought these "torments of love", not knowing that the ones that will be eaten during the lunch are going to be much more bitter..."