S.O.U.L Of A Black Woman

S.O.U.L of a Black Woman is an Afrofuturism film split into four chapters each representing what it is to be a black woman. Each chapter is accompanied by its own original unique music and spoken word poetry which will take you through the passages of time.

RCL Graham is a writer, director, producer and editor. Having been a filmmaker for 10 years, RCL Graham has picked up a number of awards for her films and screened her work both nationally and internationally. Her films have been screened and awarded at Raindance, London Short Series, Women of the Lens, Santa Fe Film Festival and Berlinale - Berlin International Film Festival.

RCL Graham’s achievements continue outside of filmmaking and these have included winning a pitching competition by Sheffield Doc/Fest, being awarded a rising star certificate from Channel 4 at C4 POPUP Bristol, showcased as a rising star for The TV Collective UK BAME Talent Search, being a festival judge for London Short Series and having a book published by Zimbell House Publishing USA.

Academically, RCL Graham obtained a first honours degree from The University of Westminster and then went onto achieve an MA in Directing Fiction from Goldsmiths, University of London. These degrees have helped RCL Graham maintain a multidisciplinary attitude to her films and diversifying her knowledge. This, in turn, has enabled her to continually take up different working roles such as university lecturing, public speaking, freelancing as a videographer and video editor and teaching workshops. 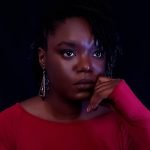