I Can Only Be Mary Lane 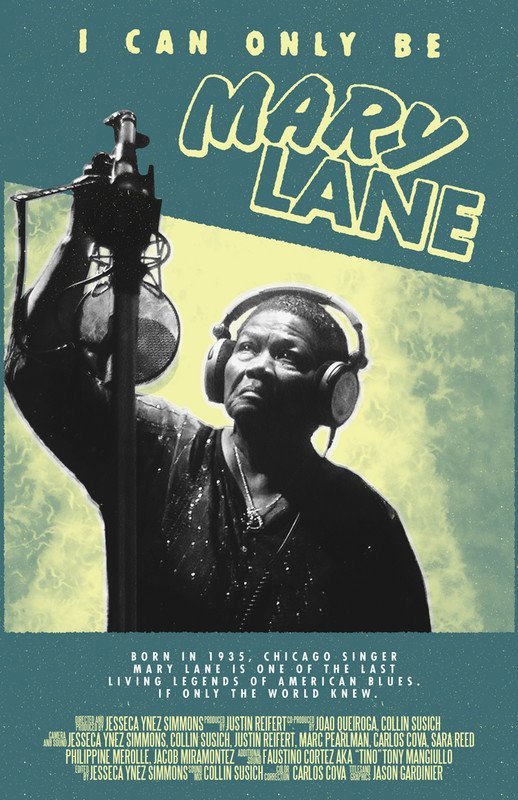 Born in 1935, Chicago singer Mary Lane is one of the last living legends of American Blues. If only the world knew. At 82, Mary Lane is one of the last legendary Blues musicians that made the Great Migration from America’s south. Although Mary is widely respected in Chicago, she has never gotten the wider recognition she deserves. I Can Only Be Mary Lane follows Mary as she records just her second studio album and first in over 20 years. Her producer thinks it could potentially win her a grammy, if only they can get it done.

Jesseca Ynez Simmons has been recognized by the American Society of Cinematographers and was a Southern Exposure Film Fellow for the Southern Environmental Law Center in Birmingham, AL. In addition to directing, Jesseca regularly collaborates with other filmmakers as director of photography and camera person. Her images have been seen at the International Documentary Film Festival Amsterdam (IDFA), Hot Docs Film Festival, Chicago International Film Festival, DocLisboa, Sidewalk Film Festival as well as on National Geographic.

"...I Can Only Be Mary Lane began as a retrospective documentary about many of the Blues clubs on Chicago’s West Side that have had to shut their doors over the years. Mary Lane was someone who could speak with authority on this because that was her scene. The more time I spent filming Mary talk about her time on the West Side, a scene that has faded away almost entirely, I realised Mary’s story was not only one of a kind but it was here and now and for who knows how much longer..."