Cast as the black sheep of the family for chasing her dreams as a photographer, Ife is desperate to prove her worth to her mum, however her predicament worsens when her younger sister returns home with a degree in medicine. The tension between the sisters rises after an altercation between them but ultimately could it be the very thing that brings them closer as sisters?

The Director Teniola added this for us; "...The title Gidi High Life is coined from the phrase Las Gidi which is a nickname or the city of Lagos and High Life refers to the exciting way of living that involves parties. Codeine consumption has become an epidemic in many countries and according to a BBC documentary, in Nigeria approximately three million bottles are consumed daily. I decided to tell the story from the point of view of an everyday person that people could identify with as opposed to a 'don’t do drugs' angle. The death of two of my friends inspired me to write this short. Unfortunately, one died from an accidental drug overdose and the other died as a result of drink-driving..."


Branded as “One To Watch” by The Islander, British born, Nigerian raised Teniola Zara Kin , is a student of the London Film School and Gidi High Life is the culmination of her time there. After completing her studies in England, Teniola was employed as a Production Assistant on Nigeria’s first late-night-talk-show, Highlites With IK, where she was quickly promoted to be the Line Producer on the show after only four months. Hungry to acquire the skills and knowledge to create her own content, Teniola eventually resigned from her job to return to England to pursue a Masters in filmmaking at the London Film School. After two years of studying all aspects of the filmmaking process Teniola decided to pursue the path of a writer and director. Gidi High Life will be her debut short film as a writer/director shot in Lagos, Nigeria on the soil that her journey in the TV and Film industry began. 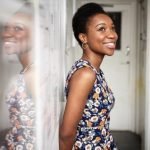 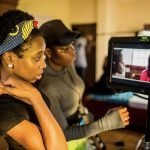 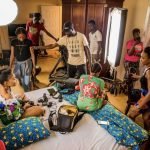 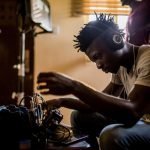