Angela Bassett: Queen of the Screen provides much variety whatever the choice

It’s difficult to nail down a favourite Angela Bassett film, there’re too many. Bassett’s imdb.com filmography is lengthy. It was always going to be difficult to choose just one film; like gazing into a chocolate box and not knowing what to start gorging on. Yet just like said chocolate box, I went ahead knowing that whatever my fingers landed on, the pleasures would be as generous as any other delectable mound of sweetness I cared to choose. 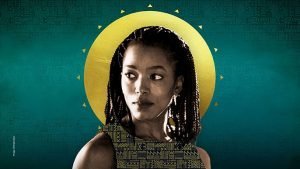 I was invited to join a panel in homage to Angela Bassett in the BFI’s Queen of the Screen launch event. The complete programme is a celebration of Angela Bassett’s career and is curated by Culture Kinetica’s founder Jana Sante. I joined Akua Gyamfi founder of The British Blacklist too who I guess had the same challenges!

I managed to narrow it down with the help of my favourite film genre…science fiction. There were others but Supernova (2000) then, I thought.

Science fiction as my favourite genre? I blame my father, making my siblings and me watch television series such as UFO or Lost In Space or Land Of The Giants or Planet of The Apes or The Tomorrow People…

As I grew older my reasons for enjoying the genre (aside from the tech of it all, in front of and behind the camera) became more intellectual. Science fiction – the good stuff, extrapolates society’s angsts. Worried about AI, we vision Ex Machina, Demon Seed, or Transcendence. Obviously there’re many environmentally charged films: Wall-E, Silent Running, The Day After Tomorrow or 2012. Since we’re still not sure about mucking about with genetics, in come films such as Gattaca, Jurassic Park, Code 46, or Never Let Me Go.

Supernova’s themes centres ideas about human origins; where do we come from? Because of the introduction of Angela Bassett as an African American woman (as Dr Kaela Evers), Supernova asks questions about interracial relationships. Can they be the saviour or destruction of humanity? Bringing additional images for analysis is the vision of a black woman (as a star of the production) as the object of desire…by two men no less. These men come in the form of James Spader (as Nick Vanzant) and Peter Facinelli (as Karl Larson).

Up to the year 2000, black women as leads in any mainstream film were rare – let alone as the face of a science fiction film…or film that characterised her as desirable. Up until recently, all I really knew was Nichelle Nichols as Star Trek’s Uhura. I do remember Kimberley Scott in The Abyss. She played Lisa ‘One Night’ Standing who was styled and characterised in a way that relegated her to ‘one-of-the-boys status’. Oh yeah, there was Sophie Okonedo playing alongside Charlize Theron in Aeon Flux and Tina Turner makes a good turn in Mad Max Beyond Thunderdome. Yet remarkably, before Supernova, Angela Bassett had earned her science fiction stripes in Kathryn Bigelow’s Strange Days in 1995 where Ralph Fiennes starred. Bassett did have a part in Contact as a government official and prior to this Angela had acted in television series of the genre.

So, Supernova. The film came with a number of production setbacks, which are well documented elsewhere online. Supernova opens in the 22nd century on a six-crew, deep space medical ship called the Nightingale 229 that answers an inter-galactic emergency distress call (lord, didn’t these writers watch that Alien franchise?!).

Briefly, in this story an ancient, alien, ninth-dimensional artefact is a universe-maker and destroyer and through a stellar explosion it’s making its way to Earth in 51 years. The implication, or science fiction theme is that the artefact could have had a hand in creating our galaxy, a kind of ignition to our human creation. Supernova uses this idea to speculatively answer questions about human origin; could humans have been created by alien intervention?

Thematically the interracial relationship between Evers, a black woman and Vanzant, a white man is used as a microscope to

analyse a future of race relations postulating that such relationships could be the blossoming or the shattering of humankind. In Supernova, either through prior sexual activity or an exchange of genetic material in the dimensional jump on their return home, Evers and Vanzant have created their own life…a daughter. Now the interracial couple and alien artefact, on their respective returns to Earth could bring destruction to the planet or allow humans to “…achieve a new level of existence…”

Bassett brings a world-weary performance to the role of Evers. She’s seen

it all before in relationships and otherwise. When Vanzant boards the Nightingale, she is wary of him because it seems he might have been using illicit substances, things that her former, abusive ex boyfriend had been dabbling in. Coupled with her rank on board the ship, this makes the character tough, harsh and aloof, buying into some of the tropes of black women on screen. All the actors do well in their attempt to embody their roles, however because of the aforementioned production challenges, Supernova doesn’t live up to say Sphere or Event Horizon which are of a similar vein.

As stated earlier, if one didn’t get enough of the genre or Angela Bassett through Supernova, there are others.

Angela Bassett: Queen of the Screen is on at the BFI now until Monday 30th September.

Women Of The Lens Film Festival is now closed for submissions. More exciting updates to follow shortly. Follow our socials on: @womenofthelens

Overdue Time For Change For The ‘Dark-Skinned Girl’ Narrative